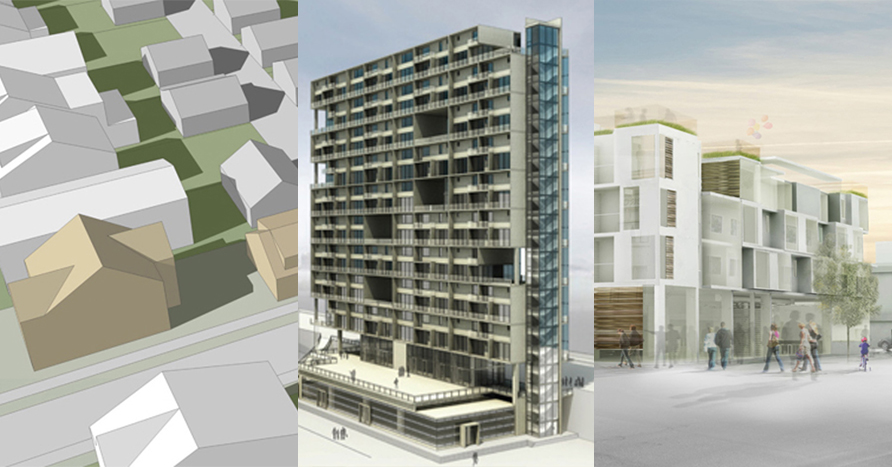 GENERAL INFORMATION ON THE COMPETITION
Description
Vancouver is a growing and diverse city with significant housing challenges. Whether it's homelessness, a lack of new rental homes, or high prices for single-family homes, Vancouver residents face housing pressures across the financial spectrum. With the population expected to grow to at least 740,000 by 2041, energy and resource costs increasing, and housing prices among the highest in Canada, there is a growing public demand for bold, creative proposals to create more affordable housing choices in Vancouver.
Providing a range of housing options is critical to the social and economic health of the City, and meeting this challenge is the top priority for Vancouver City Hall. It is no easy task. The City of Vancouver is limited in its taxation and regulatory powers, revenue base, and land constraints. Following re-election in November 2011, Mayor Robertson launched the Mayor's Task Force on Housing Affordability, comprised of local housing stakeholders to provide options on both protecting and creating affordable housing in Vancouver.

Vibrant neighbourhoods
This category aims to generate ideas and concepts that create flexible affordable housing options at a neighbourhood level that are on a smaller scale than the other competition category. These ideas should create more choice, connection and belonging within our communities. The housing choices we make today are not necessarily the same housing choices we will need to make tomorrow. Our housing needs change over time as our families and lives unfold and the city grows and changes. What kind of affordable housing is needed in our neighbourhoods, throughout the city, and what can we do to build and sustain it? There might be new forms of housing that work in other cities but have not been tried in Vancouver--can we rethink how we design housing to fit the many different individual and family lifestyles in our neighbourhoods and utilize city streets, neighbourhood blocks, and arterials to create new affordability options? How can we improve the links and connections between private and community spaces? Are there local financing opportunities using third parties to bring affordability options to different neighbourhoods? This is an opportunity to create forwardthinking neighbourhood responses to today's affordability challenges, to create solutions that widen neighbourhood housing options and integrate these new options with existing and more established options. These affordable housing solutions should embrace change, make new connections, be accessible and adaptable over time so they can make a definitive contribution to a sustainable, healthy community and city.Winners will be selected in two streams within this category, Vibrant Neighbourhoods: Public Land and Vibrant Neighbourhoods: Private Land. (Submissions that use a mix of public/private should be entered into the public stream).