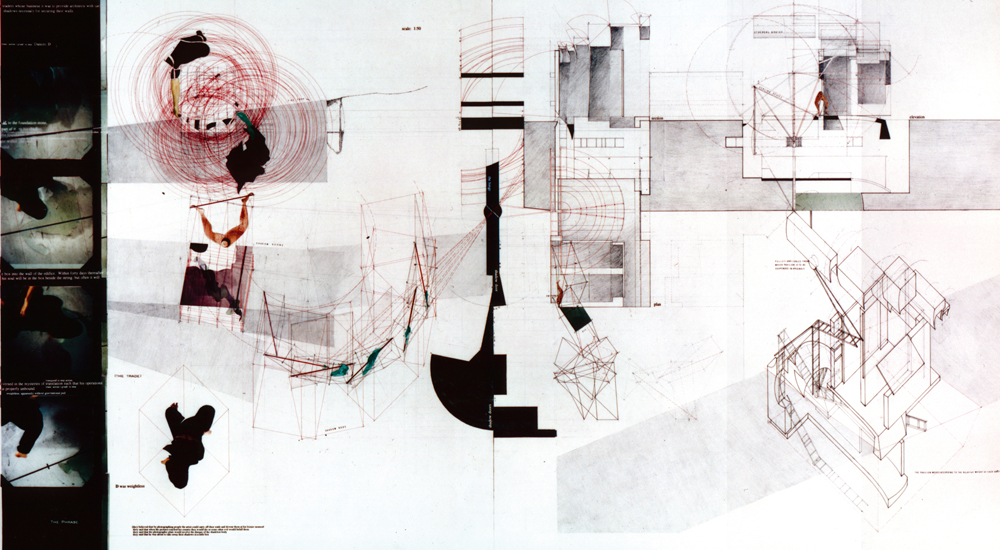 The competition for the Canadian representation at the Venice Biennale (1995) was a nationwide competition of ideas organized on the basis of anonymity by the Canadian Center for Architecture, the Canadian Council for the Schools of Architecture and the Royal Architectural Institute of Canada under the auspices and with the support of the ministry of Foreign Affairs and International Trade Canada. Under the theme: "Reciprocity. New territories for Canadian architecture", this competition sought to select 16 projects representing young Canadian architecture at the International Architecture Biennale in Venice. It consisted of designing a conceptual project for a Canadian pavilion (of at least 800 m3) that could host an exhibition of architecture. The project was to rely on a true interdisciplinary collaboration and was to suggest, through image and text, an original vision of reciprocity.

In this February 2009 update of the CCC, a collection of documents are available, at times simple fragments that the teams knew to preserve, indices which jointly reveal, great invention, as well as great maturity, which demonstrate at least a time, not so remote, where architecture was conceived without much support from computer technologies, but instead was deployed in a pallet of supports, such as: collages, drawings, video montages, photographs, etc. It has not always been easy to contact all these people who today work in all corners of the world.

A thorough research would reveal the diversity of the professional career paths that each of these young architects have since achieved. Some have acquired advanced positions in the profession, they are regularly seen on the media (in particular, the team of InSitu, who had just recently been built around Annie Lebel and Stephan Pratte), while others work patiently and discreetly in municipal town planning (for example, François Gagné), others have engaged in teaching, including the direction of a school of architecture (Marc Boutin) or work in this field through teaching and research, all while maintaining a project practice (such as Lea Zeppetelli, whom I had the pleasure of collaborating with, in conjunction with our friend and philosopher, Pierre Boudon). We should undoubtedly move this investigation of the various “trades of architecture” forward, would this not be to invite the today's young architects to help extend the spectrum of professional practices, to one beyond that of the ‘agency of architecture'. In addition, the invitation for collaboration was also meant for the architects to participate in a future vision the city, as this was clearly a focus of this collective request in Venice.

Some political issues had delayed the presentation of these projects, which were initially planned in Venice from 1995 to 1996. The Patkau firm, official representative and jury member, was already a Canadian symbol; its reputation for excellence has never wavered.

We wish that the next 20 years of the CCA continue to provide initiatives to stimulate, identify, accompany and carry the ideas and the talent of young Canadian architecture to Venice and elsewhere.

Description
This National Ideas Competition was launched the 19th of October, 1994 and organized on an anonymous basis by the Canadian Centre for Architecture, the Canadian Council of University Schools of Architecture and the Royal Architectural Institute of Canada under the supervision, and with the support of, the Canadian Ministry of Foreign Affairs and International Commerce. With the theme of, “Reciprocity: Emerging Territories in Canadian Architecture,” this event would permit to select sixteen winning projects with the mandate to represent young Canadian architecture during the 1995 Venice Biennale International Exhibition of Architecture. It consisted of designing a conceptual project for a Canadian pavilion of architecture in Venice (at least 800m3) that would house an architectural exhibition. Participants were to collaborate with a representative from an exterior discipline (visual arts, dance, philosophy, history, biology, computer science, literature, environmental science, etc.). The projects elaborated should therefore suggest, in images and in writing, a particular vision of the notion of reciprocity between architecture and other disciplines. Young architects, recent graduates and students from the ten Canadian schools of architecture participated in this competition.

The Venice Biennale International Exhibition of Architecture (which in 1995, would coincide with the Art Biennale) was rescheduled to the following year, due to a combined lack of funding and space. The sixteen winning projects were presented during the Biennale of 1996 in conjunction with an exhibition dedicated to the work of Patkau Architects.
Jury comments
List of Competitors
Competition staff and jury
Calendar
(click French version to see the calendar)
Press Review
La Presse 25 Mars 1995

List of general documents
(not accessible)
IMPORTANT NOTICE : Unless otherwise indicated, photographs of buildings and projects are from professional or institutional archives. All reproduction is prohibited unless authorized by the architects, designers, office managers, consortiums or archives centers concerned. The researchers of the Canada Research Chair in Architecture, Competitions and Mediations of Excellence are not held responsible for any omissions or inaccuracies, but appreciate all comments and pertinent information that will permit necessary modifications during future updates.
info@ccc.umontreal.ca
Production