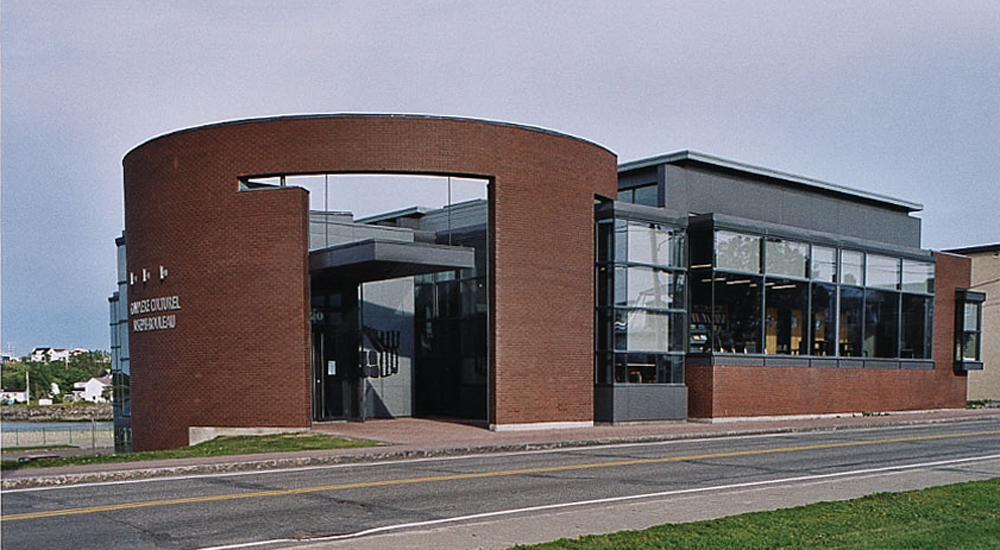 GENERAL INFORMATION ON THE COMPETITION
Description
Launched in February of 1995 by the city of Matane, this competition for the construction of a Community Arts Centre was open to all architect members of the Québec Order of Architects. Sixty competitors submitted an entry in this sketch-based limited competition consisting of a single phase.

Matane, a municipality of 12,700 inhabitants situated on the Saint Lawrence River and divided by a second river, (the Matane River), had recently initiated a project for the improvement of this river-sea axis. A key issue of this competition was to create a new Community Arts Centre linked to this axis and the riverside Promenade des Capitaines that would favour cultural and tourist activity. This meant designing a 1,600m2 building, to be located in the city centre, in order to accommodate the municipal library and various other functions associated with the production and diffusion of visual arts. The alliance of these various components within a single structure was to make the Community Arts Centre a friendly, welcoming and accessible facility for the use of both local residents and tourists. The city hoped that the urban strategies, sensitivity and architectural quality of this new building would make it a model for future development along the river-sea axis. The new Community Arts Centre would ideally renew the city of Matane's image by expressing its cultural dynamics, quality of living and international open-mindedness. As was stated within the architectural programme, the Maison de la culture de Matane symbolized the “flagship” of a tangible and long-term development beginning along the river-sea axis. According to the Québec Ministry of Culture and Communications, this competition was to propose an exceptional model of intervention that would promote integration of existing heritage with that of future generations.
Jury comments
List of Competitors
Competition staff and jury
Calendar
Press Review
Articles de presse :
Le Devoir 25-03-95
Le Devoir 30-09-95
Le Devoir 24-02-96
Le Soleil 20-01-95
Le Soleil 17-05-95
Le Soleil 22-09-95
Le Soleil 28-10-95
Le Soleil 28-10-95
Le Soleil 22-12-95
Le Soleil 17-02-96
Le Soleil 16-04-96

Revues spécialisées :
Canadian Architect, décembre 1995
ARQ #86, août 1995
List of general documents
(not accessible)
IMPORTANT NOTICE : Unless otherwise indicated, photographs of buildings and projects are from professional or institutional archives. All reproduction is prohibited unless authorized by the architects, designers, office managers, consortiums or archives centers concerned. The researchers of the Canada Research Chair in Architecture, Competitions and Mediations of Excellence are not held responsible for any omissions or inaccuracies, but appreciate all comments and pertinent information that will permit necessary modifications during future updates.
info@ccc.umontreal.ca
Production